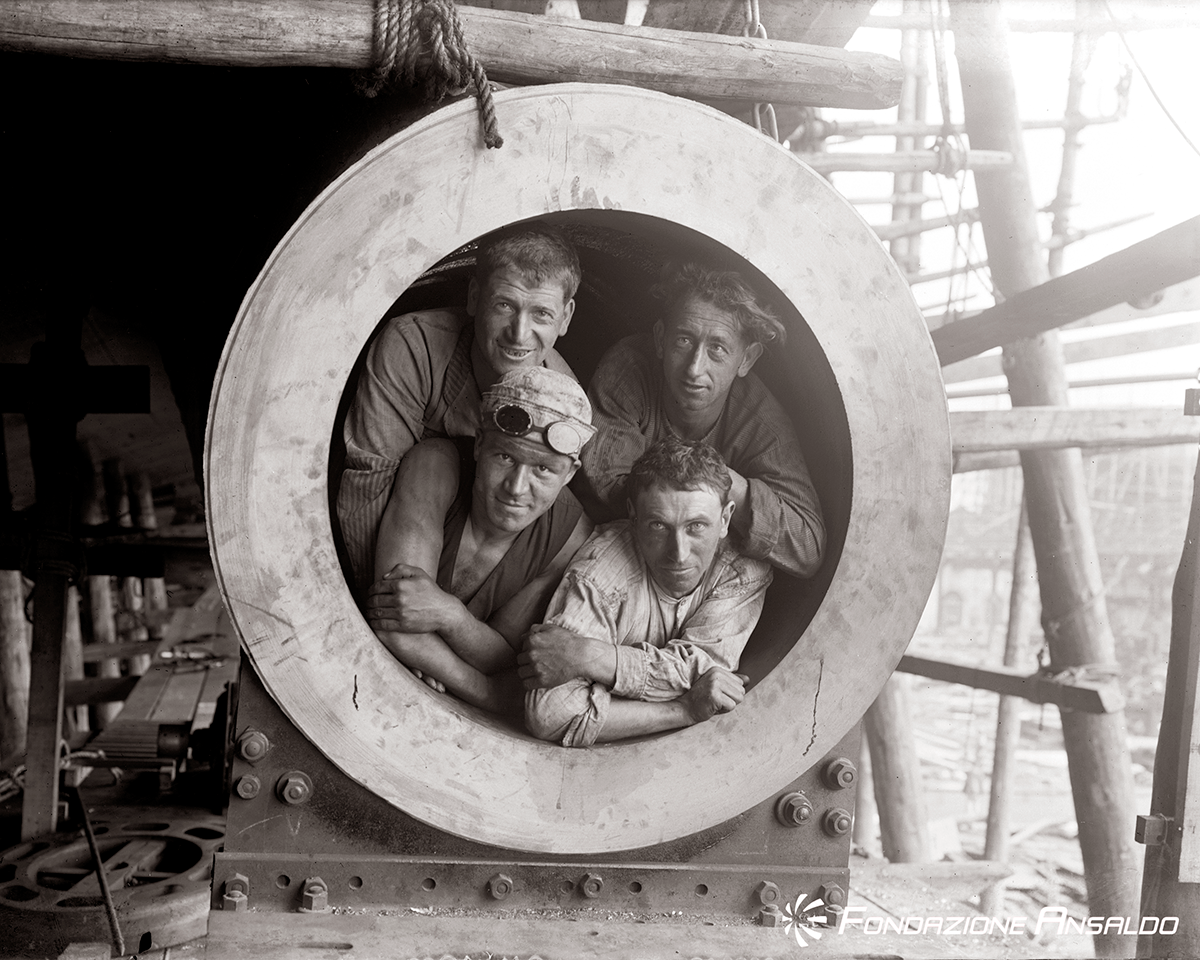 Workers portrayed inside a propeller shaft for the REX turboship – 1931. Photo library of the Ansaldo Foundation – Ansaldo Fund

Job Film Days (JFD) is a movie festival dedicated to issues regarding the world of work and workers’ rights. It was founded in Turin in 2020 on occasion of the 50th anniversary of Italian Law 300 of May 1970, better known as the Workers’ Statute.

The festival, directed by Annalisa Lantermo, is organized by the Job Film Days Association, whose main objective is the promotion of cultural initiatives that – through Cinema – investigate the topic of work with particular attention to the protection and respect of workers’ rights, legality, equal opportunities, health and safety in the workplace.

The festival acts as a meeting ground between work and cinema at an international level. The new logo celebrates this encounter with the dynamism of its shape: the world of work finds the ideal place to be explored, problematized and talked about in the limitless and multiform space of cinema. The wish of the association and the festival is in fact to use the expressive power of cinema in order to arouse interest and stimulate reasoning about the ongoing transformation of the reality that is the world of work, while aiming to restore the urgency for careful reflection on the fluid contemporaneity we live in.

The second edition of Job Film Days (22nd- 26th september 2021) presents to the public a series of special events in Turin, a special event in Vercelli plus five days of screenings at Cinema Massimo. In addition to the special events, the program is divided into five non-competitive thematic sections and two competitive ones: the JFD – INAIL “Lavoro 2021” International Film Award, an international contest dedicated to documentaries that cover various aspects of the world of work and the JFD – Turin Chamber of Commerce Job for the Future FD Award, contest dedicated to short films done in the European Union by directors under the 40 years of age, telling the story of “emerging” jobs and the challenges of contemporary work.

This event is made possible thanks to the precious collaboration of Turin’s National Cinema Museum and an extensive network of local, national and international institutions and associations.