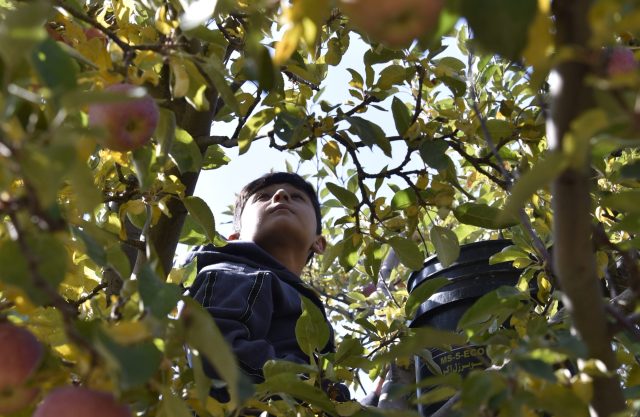 Suburbs of Tehran. To learn the alphabet, each child in Mehdi’s class must bring to school an object related to their father’s profession. Mehdi has the task of bringing apples but when the van with which he sells the harvest is stolen from his father, the family’s life goes into a crisis and Mehdi’s mission seems impossible. His mother then has an “entrepreneurial” idea that restores everybody’s confidence, even to her children who come up with a plan to complete the task.

Mahmoud Ghaffari (Tehran, Iran, 1976) began working for television in 2006, producing two series: The Grey Game and The Admirers of Love. Before directing his first feature film It’s a Dream (2012), Mahmoud Ghaffari collaborated with directors registi Bahman Ghobadi and Asghar Fahradi. His first movie, The appple day (2022) was presented at the Berlin Film Festival.