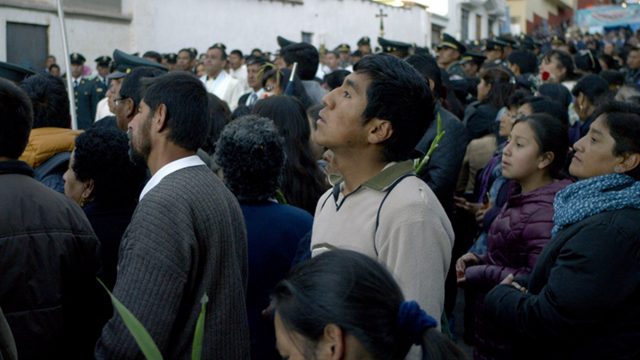 But your ticket online

Elisban arrives in Puno searching for fortune and his friend Hermogenes, An unexpected event ruins his plans and forces him to start wandering around in search of odd jobs, food and a place to stay. But the atmosphere is hostile, not finding the hospitality that he hoped for. Thus he soon becomes one of countless ?invisible? people who roam the city among contempt and indifference.

Henry Vallejo Torres (1970) studied Communications at the Puno Highlands’ National University. Manco Cápac is his second feature film, which has been selected for numerous international festivals.