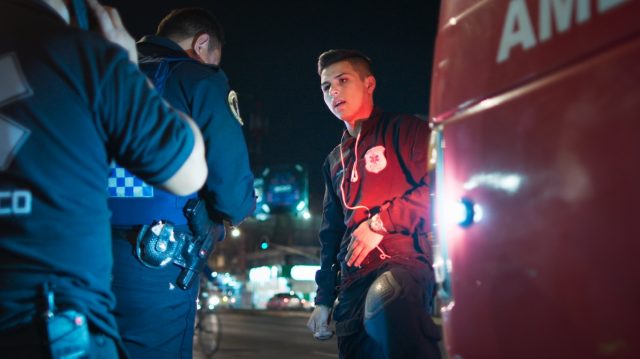 Mexico City. There are less than 45 ambulances for a population of 9 million people. Such a situation has generated an illegal market for unlicensed ambulances, often run by two people with little to no training. The Ochoa family also earns their living by driving a private ambulance, but competition is ruthless, often becoming a real struggle to be the first to arrive at accident sites where victims need help. When a police crackdown pushes them into further difficulties, the entire family has to face increasing moral dilemmas.

Luke Lorentzen (Connecticut, United States, 1993) graduated from Stanford University?s Art History department and became a documentary filmmaker, winning an Emmy Award for the original Netflix series Netflix Last Chance U, of which he directed the photography as well. His latest movie, Midnight Family, has won over 35 awards and accolades by organizations from all around the world. He founded Hedgehog Films with Kellen Quinn.