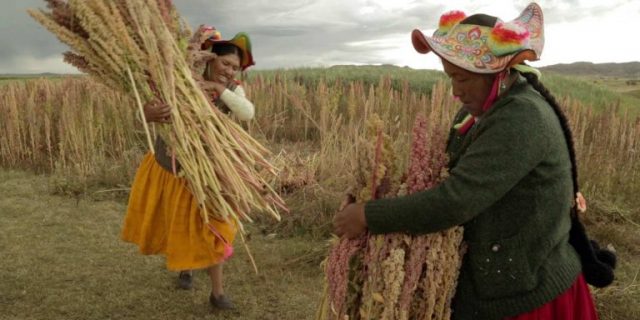 The Peruvian Andes. The daily struggle of five women set out to keep on working the land following ancestral methods. In a context where the industrialization of agriculture, the use of pesticides and genetically modified seeds dominate, these women fight to protect their land.

Álvaro and Diego Sarmiento (Perù) are two brothers of Quechua origin. They founded HDPerù, no-profit organization engaged in the production of movies in defense of the rights of indigenous people and the conservation of the Peruvian Andes and the Amazon. Diego has directed various short films, among them Earth’s Children and Sonia’s Dream. Álvarois a visual artist and screenwriter, who has won many awards, including the Rockefeller Foundation Bellagio Center Arts & Literary Arts Residency and the MacDowell Colony Fellowship.