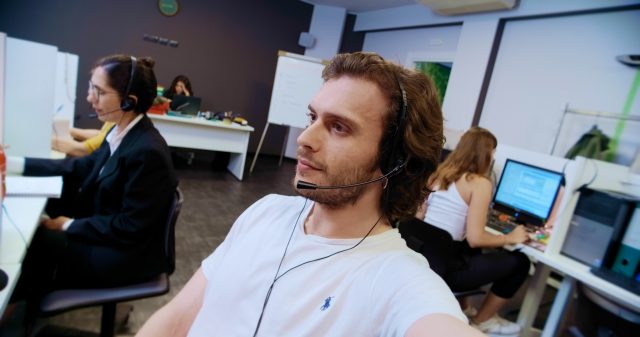 Dino is twenty five years old, with fervent communist ideals fueled by his precarious call center job. Being a DAMS cinema student, he decided to shoot a documentary to denounce the exploitation to which he and his colleagues are subjected. However, his video camera captures a reality that?s far removed from the one portrayed by the movies of Ken Loach.

Stefano Moscone (Serralunga d?Alba, Italy) graduated with honors from the Albertina Academy of Arts in Turin and continued his studies with a Master?s Degree at London?s MetFilm School. He made his directorial debut in 2018 with the pulp short Satyricon – Un?odissea contemporanea, finalist at the 2019 GLocal Film Festival. He obtained numerous accolades with his subsequent works and in 2020 he made Il Capolavoro nowadays distributed worldwide by Première Film.