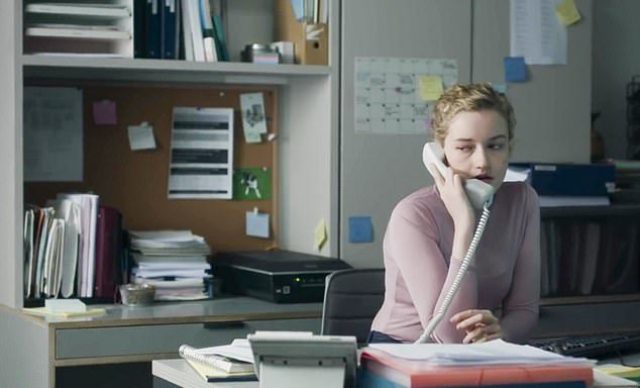 Jane is the young assistant of an important film entrepreneur: overqualified, underpaid, treated by her colleagues with hostility and humiliated by the constant requests to carry out degrading tasks. Jane puts up and endures, she sees and does everything, while the disturbing presence of “Him”, the boss, hovers in the office, invisible yet always present. Jane?s discomfort grows when she realizes that the abuse from the boss doesn?t stop at verbal aggression but a system of oppression is in place when sexual abuse is the norm. This is the story of a day at her job.

Kitty Green (Melbourne, Australia, 1984), is a director, editor, producer and screenwriter. She attended the Victorian College of the Arts, where she studied cinema and television. Her debut film, Ukraine Is Not A Brothel (2013), documentary about the Ukrainian feminist movement Femen, was presented at the 70th Venice International Film Festival and has won the award for best Australian documentary at the Australian Academy of Cinema and Television Arts Award.