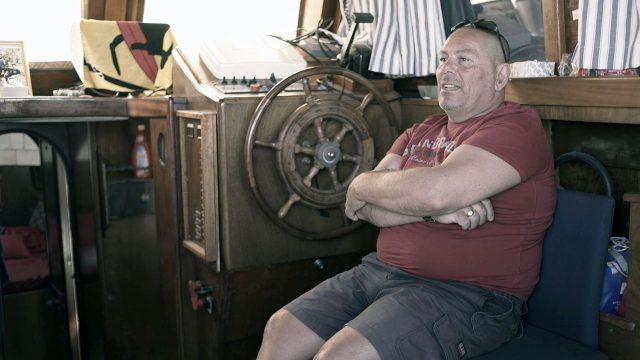 Andrea, Bruno, Massimo and Simone are ex-convicts. After being released from prison, they find work as sea urchin fishermen in Cagliari. Gesuino Banchero and his fishing cooperative give these men a second chance to integrate back into society. The protagonists tell about their experience in prison and their new life as free men.

Pietro Mereu (Lanusei, Italy, 1972) graduated in screenwriting in Milan’s Civic School, TV and New Media. He wrote his first documentary in 2010, which he also stars in, Disoccupato in affitto (Unemployed for Hire), rewarded with numerous prizes. From 2012 to 2015, in addition to his activities as an independent director, he worked as a television actor in productions such as La Grecia è qui: lettera alla Sardegna, Arte Etic and Senza regole. He founded the production company ILEX Productions.