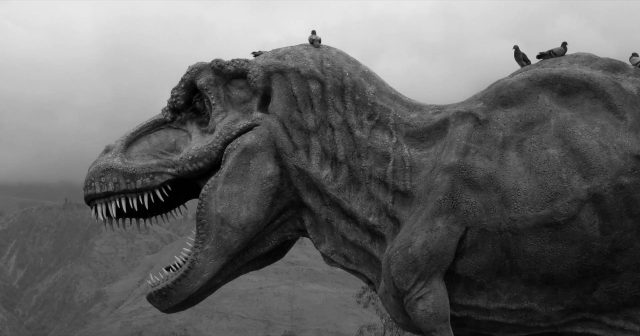 Paleontologists on the one hand. Stone material extractors on the other. The land unites and separates them in the different ways they deal with their own relationship with it. The memory of the past that must preserved for some, the modernity to build upon for others, each has a different interpretation of what the world is and how it should be inhabited. A mosaic of realities that revolve around the construction industry.

Eduardo Gómez (Bolivia, 1986) graduated in Social Communications, he then studied film directing at La Fábrica – International School of Cinema in Cochabamba, Bolivia. La Conquista de las Ruinas is his first documentary feature film with which he has participated in various international festivals such as DocAndino, ChileDoc, Latin Side of the Doc andCinescope.