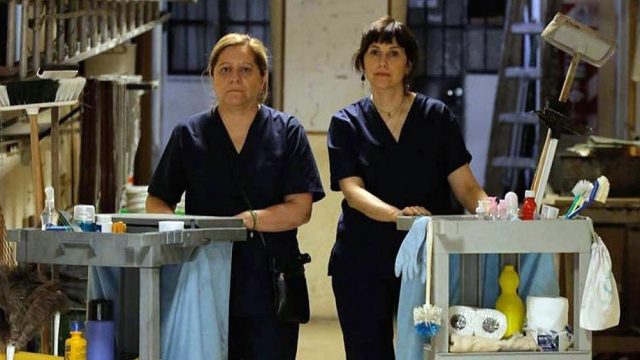 Lila and Marcela do the cleaning at a building they know every single corner of. They have organized an underground lunchroom in an abandoned section of said structure to supplement their income. However, the appointment of a new manager brings about changes: the makeshift canteen is closed, many employees get fired and the fragile balance of the two friends? lives suffers a severe blow.