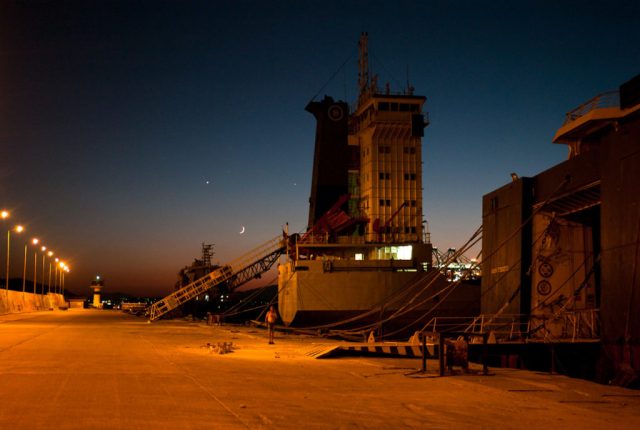 Athens, 2015. 320 naval workers go on strike against the Lesvos Shipping Company – one of the most important Greek shipping companies. Seven months of strenuous struggle from the harbor to the Prime Minister?s office,narrated with great pace and tension during one of the most critical moments in Greek history.

Tassos Morfis editor and co-founder of AthensLive, he has worked as a reporter and producer for broadcasters such as Channel 4 and CNN International. He has been a consultant for the European Council and the World Association of News Publisher’s Global Advisory. In 2015, he received a grant from the Robert-Bosch Stiftung Reporters in the Field program at the Berliner Journalisten Schule, another one in 2018 from the New York Craig Newark Graduate School of Journalism?s Tow-Knigh Foundation and also from the Onassis Foundation.