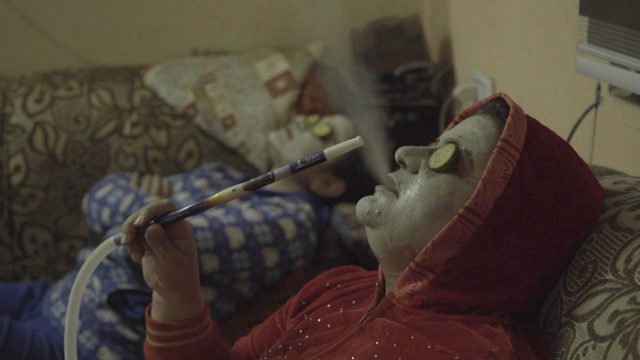 In Jordan, where Islamic tradition forbids a male technician to enter a woman’s house if her husband is not present, female plumbers Khawla, Aisha and Rehab teach housewives how to properly manage water resources, clean up water tanks and repair pipes. When one of them gets involved in a corruption trial, their relationship with the organization they belong to, their work but also their friendship are put to the test.

Daniela König (Goerlitz, Germany, 1990), studied Media Design at Weimar?s Bauhaus University and has worked for a long time as a photo and video journalist in Jordan. In 2013, she won the Bauhaus Institute?s Film Fund Prize for Peace to Those Who Try, a web documentary filmed in Israel and Palestine, then in 2016 she did Mission Warehouse, a documentary about the activities of NGOs for refugees in the Island of Lesbos, Greece. Waterproof, her latest movie, has been made thanks to the EWA Development Award, won at Leipzig?s DOK in 2017.